Grab your handkerchiefs folks, this love story might just bring tears to your eyes. This is the story of how, with a little patience and perseverance, puppy love turned to true love. Meet our amazing couple Jonathan and Gal. For the history behind this gorgeous union, we need to go all the way back to Jonathan and Gal in 7th and 9th grade, (respectively). Though neither can remember how they initially began to speak, the two became friends, often taking the bus together and chatting for hours online. Needless to say, Jonathan developed a huge crush on Gal right from the beginning.

This friendship lasted through the school year, but eventually faded when Gal left for a different school the following fall semester. Now let’s jump ahead ten years. Jonathan is working at a gas station and who should drive up one day, but non-other than his 7th grade crush, Gal. Jonathan wasn’t fully sure it was her in the moment. Only after she had already driven away did he feel certain, so he promised himself if she ever came back, he would talk to her. Sure enough, after a bit of waiting, they once again met at the station. Gal didn’t seem to remember their long ago friendship but returned a few days later, claiming she finally remembered him as “the cute boy with long blond hair and black metal shirts. One thing led to another and the two agreed to meet. Although initially Gal didn’t want it to be an official date, as we already know, the heart wants what the heart wants. The two were meant for each other and nothing was to prevent them from being together.

This brings us to the much more recent history. Gal and Jonathan have now been together for four years and it was time to take the relationship to the next level. Superstition says that the ring must fit perfectly or it’s bad luck. Though potentially a difficult feat to both measure someone’s finger while keeping the proposal a secret, Jonathan was clever and was able to successfully measure Gal’s finger while she slept with a piece of wire. Cut to the couple on their four year anniversary, sitting on the same beach Jonathan took Gal to four years prior. Just as the sun was setting, Jonathan told Gal he wanted to spend the rest of his life with her and popped the question. for what seemed like an uncomfortably long time, Gal did not answer but simply hugged Jonathan tightly. Eventually, as we all know, she said yes! And of course, the ring fit perfectly.

The planning process for weddings varies significantly from couple to couple. There are always those who know precisely what they want years before they’re even engaged and those who make it up along the way.  Gal knew exactly how she’d like her wedding to be from the start. The dress, the music, and even the groom 😉 That being said, it’s quite impossible to predict every aspect of the planning process. As the planning stages moved forward towards the big day, almost every detail of the process changed slightly for our lovely couple. “We have no regrets”, they said. Each change to the original plan contributed to creating the perfect day.

Pre-ceremony preparations started around 11:30 with a brilliant team making our already stunning bride a flawlessly natural beauty on her big day. The stunning dress portrays a classic elegance, with high quality silks, french lace and handmade detailing.  Around 2:00, after hours of pampering, the couple was ready for the big reveal. In the photos you can see the exact moment Gal and Jonathan saw each other in their wedding attire for the first time. “There are no words to describe that moment”, Gal says. “Our photographers made it exactly how I’d imagined.”  Undoubtedly, you can’t miss the feeling of pure joy and excitement plainly displayed on our lovely couple’s faces.

After scanning through photos of others’ weddings in preparation for their own, Gal and Jonathan felt there was a lack of intimacy that surrounded the ceremonies as guests watched through their phone screens. It was important to them that guests be truly and completely present with them during that unforgettable moment. In the end, the wedding reflected exactly who they are as a couple making that day unique to them and their relationship. Finally the big moment has arrived. Hearts racing on all sides, the two were ready to come down the aisle. Jonathan chose the song “Good Old Fashioned Lover Boy”, by Queen, while Gal went with “Grow Old with me”, by Tom Odell. A feeling of optimism and romanticism swept over everyone as music played and Gal headed down the aisle with her parents towards Jonathan, excitedly waiting for her under the chuppa. It was the perfect moment just before they were to finally stand in the spot where they would become husband and wife. After the ceremony, there was plenty of dancing and celebration while the thrill of their new union hung fresh in the air.

“You can plan as much as you want. In the end, when the day comes, reality happens and such a detailed day cannot go completely according to plan. That is what happened to us and it doesn’t matter one bit. What’s important is that you are getting married, all your loved ones are there and happy for you. Let it go and simply enjoy. We did and we enjoyed every moment.” Couldn’t have said it better ourselves. CONGRATULATIONS Gal and Jonathan! 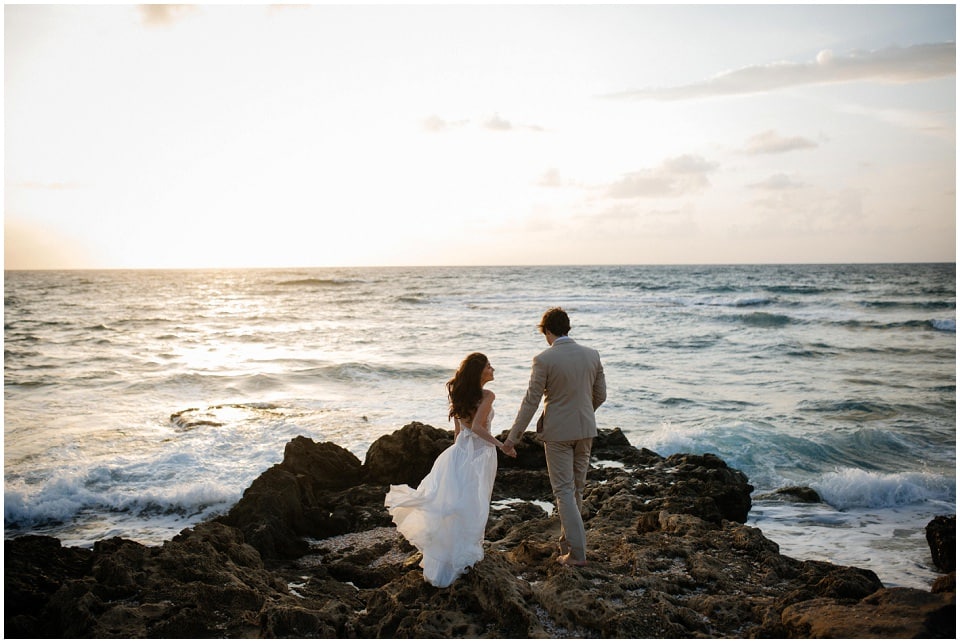 You can see all of the pictures from this wedding HERE